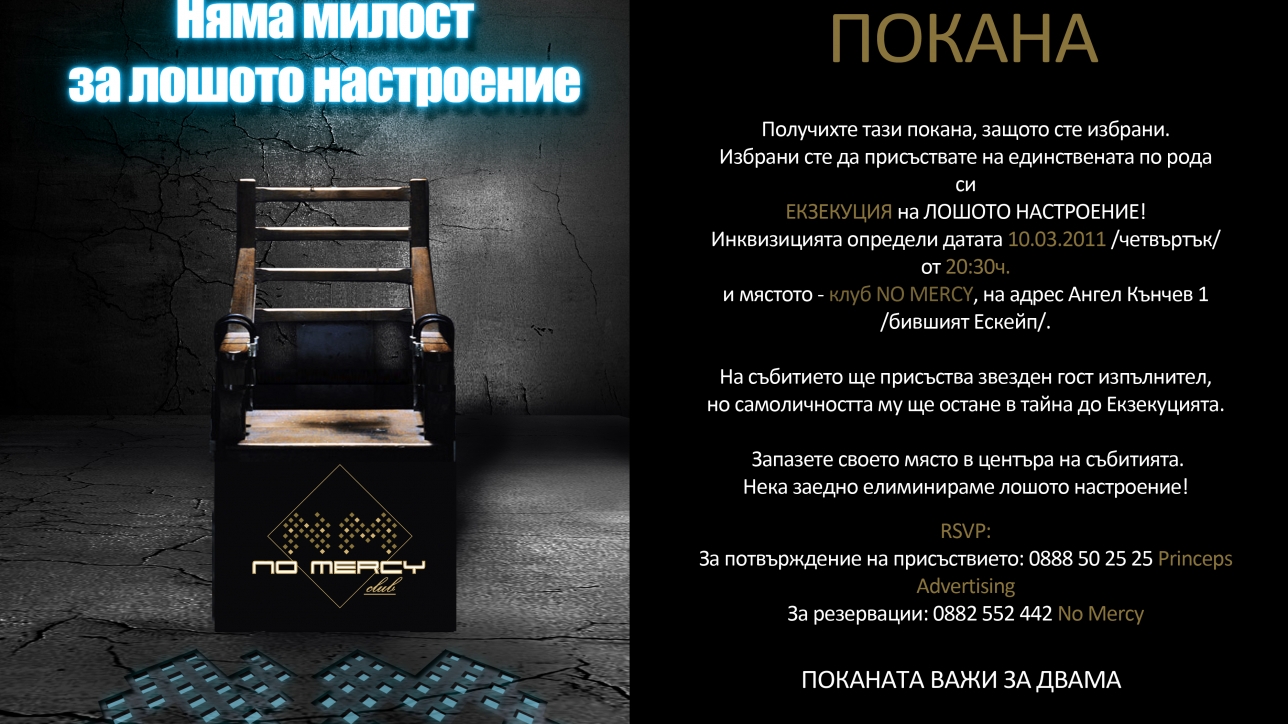 Mercilessly good start of the latest metropolitan club – NO MERCY

NO MERCY Club made an impressive presentation of the possibilities of the house with outrageous party in the presence of celebrities, media and selected guests. Of course if there is something outrageous and unconventional it always starts with Princeps Advertising Agency – the organizer!

The event was attended by dozens of VIPs from all areas of the socialite in the country – top models, winners of the Miss and Missis contests, soccer players, politicians, TV stars, singers and actors. They all made a picture with the gallows – symbol of the club – hanging in front of the wall of fame.

An hour later the spotlight lit up the secret guest performer. To the great astonishment of all on stage appeared not a folk artist, but one of the most entertaining Bulgarian actors and showmen – Viktor Kalev. He performed different roles and his own music hits, as well as covers of other singers.

With this unusual night the club NO MERCY showed that Sofia already has a different place for entertainment. A place that is merciless for the bad mood and opened to new and interesting ways to spend a nice night. The club opened at the end of February, replacing the legendary ESCAPE and quickly received the recognition of “the most modern metropolitan club”.

The bar has two floors with a capacity of 1,200 people and is suitable for all kinds of parties. The interior is varied, with many lighting effects, modern furniture and a large illuminated scene.